This trip is operated by our Scotland team. Clicking on the link below will redirect you to the Wilderness Scotland website.

The Folklore of Ireland

Ireland is an old country… a very old country. It is a place simply brimming with myths and legends. Famous for its oral stories, Ireland has so many stories that have been passed down through each generation, with various versions of each.

These stories are often linked to landscapes – either a specific spot like the Giant’s Causeway, or else many places like Diarmuid and Grainne and their various caves.

From giants to selkies, from tragic lovers to witches, from magical bulls to humans turned to swans, join us on this series to learn the unique myths and legends of Ireland.

Finn McCool: The Giant of the Giant's Causeway

Once upon a time, there was a magical emerald land called Ireland. In the northern stretches of this land, there lived an Irish giant called Fionn McCool (or in Irish, Fionn Mac Cumhaill).

Fionn McCool is one of Ireland’s most prominent mythological characters, and yes he is who’s credited with building the Giant’s Causeway. It was built as a result of a proposed fistfight with a Scottish giant that never actually happened because Fionn and his wife tricked him instead. It ended with Fionn’s wife cleverly disguising her husband as a baby.

Supposedly, his Scottish rival ran away in terror at what surely must be a massive giant if his baby was that big, tearing up the causeway behind him.

But… it’s better to read the whole story. 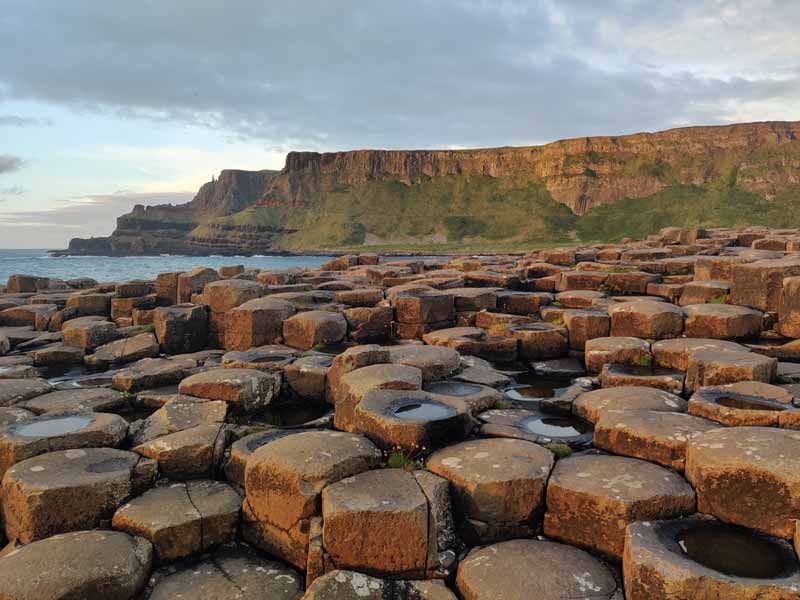 The Hag of Beara: The Winter Witch

No, we’re not talking about the winter witch of Narnia – though C.S. Lewis has admitted that he was inspired by Ireland when writing The Chronicles of Narnia (read more about Narina and Ireland here).

But the Hag of Beara is an under-appreciated character of Irish folklore. She is supposedly the goddess of winter or the witch of the winter, and it is her who is in charge of turning the clock from Summer to Winter.

Legend says that you have to head outside on February 1st (St Brigid’s Day, the first day of spring on the Gaelic calendar). If the weather is poor, it means that the Hag of Beara is asleep and winter will soon end. However, if the day is bright, she’s awake and collecting firewood to make winter last longer. February 1st is the one day a year that people hope the weather will stay poor…

Learn more about the Hag of Beara, Ireland’s winter witch.

Meet the Hag of Beara 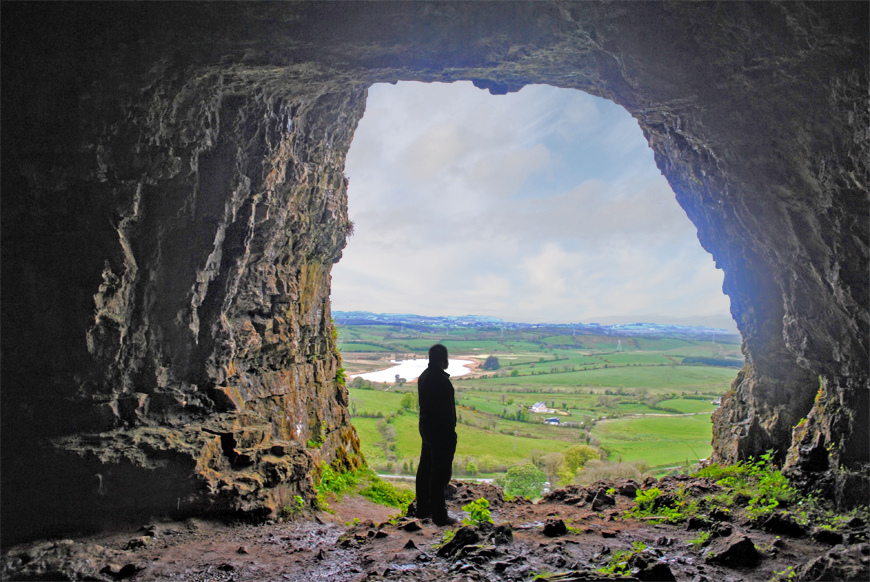 Tales of tragic lovers exist in many cultures – most famously, Shakespeare’s doomed lovers, Romeo and Juliet. Ireland has its own pair of tragic and doomed loved, Diarmuid and Grainne.

The story goes that Diarmuid stole his chieftain Fionn McCool’s intended bride, Grainne, after the couple fell in love. Their love was so strong that Diarmuid and Grainne decided to escape together and went on the run indefinitely.

Legend has it that Diarmuid and Grainne never slept in the same place twice and across Ireland, there are dozens – perhaps hundreds – of “Diarmuid and Grainne beds” – caves, nooks, rocks, dolmans, Neolithic tombs, boulders, glacial erratics, and other standout geological formations where the couple supposedly spent a night while on the run.

Until their luck ran out, and they were caught. Find out more about the doomed Diarmuid and Grainne.

The Selkie: Seal People of Ireland

The selkie – also called the seal people, or the mermaid – is a marine legend that tells of people who are half-fish, and half-human.

In the water, they are seals, but on land, they can shed their skin and take on human form. They inhabit the shores of Ireland and Scotland. And for some reason, they are irresistible to ordinary humans, who are apt to fall in love with the seal people.

The Children of Lir

The mighty Lir was once a great king of Ireland. With his first wife, he had four lovely children. But after her untimely death, King Lir remarried a new queen, and like any proper fairytale, the stepmother did not have her new children’s best interests at heart. And unfortunately for them, his new wife grew increasingly jealous of Lir’s attention to his children, and that she dabbled in magic.

Essentially, the myth of the Children of Lir is the story of the jealous stepmother. The evil queen took her revenge upon the four children for taking up so much of King Lir’s time and love by turning them into four white swans.

As swans, the evil queen cursed the four children of Lir to wander Ireland as swans for 900 years. 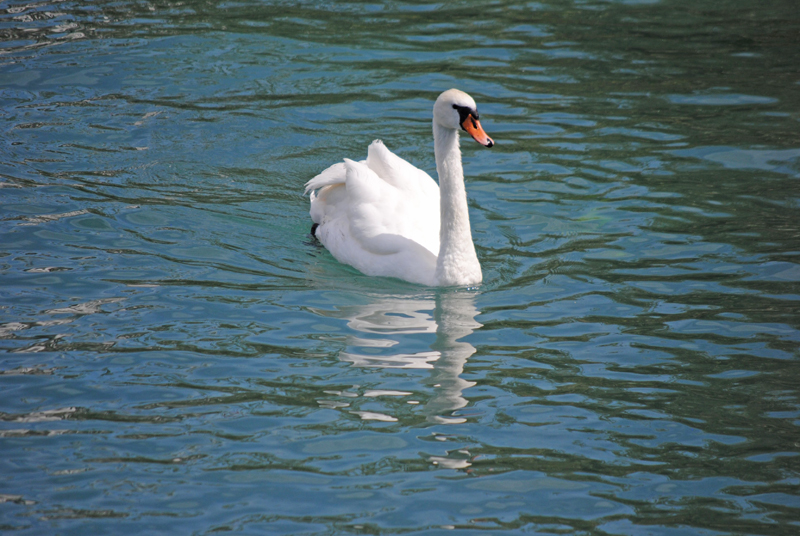 Meet the Children of Lir

October is often lauded as the creepiest month of the year. Ireland takes it one step further as the originator of Halloween. According to Ireland’s Celtic calendar, October 31st marks the end of autumn, meaning the first of November is the start of winter. On the eve between these two seasons, the ‘curtain’ between our world and the world of the spirits is at its thinnest. This means that for one night only, certain determined spirits have the ability to cross the threshold into our world.

Ireland is also the originator of one of the world’s most famous monster stories. Aside from Frankenstein, Dublin-born Bram Stooker’s Dracula is the most famous monster tale of all time. Certainly, Dracula is the most famous vampire, giving rise to a vampire horror subgenre that is still immensely popular today. There are a number of myths and legends in Ireland that may have spawned such a myth – because Stoker never actually stepped foot in Transylvania. Instead, it was Ireland’s dark past and vampiric monsters that inspired his iconic tale.

In the 1600s, a fierce and formidable Pirate Queen known as Grace O’Malley ruled the west coast of Ireland.

For 3o years, Grace ruled over Clew Bay and Galway Bay, demanding tribute from passing ships. She built castles and forts, robbed the passing ships, and collected enemies along Ireland’s rugged western shores – and even lied to the Queen face to face. Read more about this great Irish legend.

Meet the great hero Cuchulain, born as the boy Setanta and later known as the Hound of Ulster, who became one of Ireland’s most legendary and fearsome warriors.

The colourful life and times of the mighty Cú Chulainn (pronounced ‘Coo Hull-in’) have long been relayed throughout many tales, and sites across Ireland are associated with the epic hero. Read more about this powerful warrior and his many deeds below.

The daughter of the High King of Ireland, Queen Maeve is renowned as a warrior queen of great strength, resilience, and ruthlessness. With a name said to mean “intoxicating,” she wielded enormous power and sway during her reign.

Known for her “pillow talk” with her husband Aillil, they argued about who held the most wealth. After listing out everything they each owned, it seemed they were equal…except for a single large bull which Aillil possessed. Competitive to the core, Maeve was determined not to be beaten, leading to the infamous Cattle Raid of Cooley.

Find out the consequences of the pillow talk, the outcome of the Cattle Raid of Cooley, and the location of Maeve’s glorious final resting place (hint: it’s pictured) in our blog.

One of Ireland’s darker folklore creatures, the Púca are shape-shifting fairy troublemakers. Legends say that the púca can change into horses, goats, cats, donkeys, bulls, dogs, foxes, wolves, and hares, though always with jet-black fur. Horses bearing sleek coats, wild manes and flaming eyes are the most common animal shape of these mischievous fairies. When in human form, these fairies still bear animalistic characteristics.

Though stories about the púca are vague and varied, one common similarity is the púca’s love of mischief. They are particularly associated with Halloween night (an ancient Irish pagan holiday known as Samhain) and November 1st.

Learn more about these devious shape-shifting creatures, their origins and legends, and when you’re most likely to encounter such fairies.

Self Guided plus+ Cycling

More from the Wilderness Blog...

Visit Ireland to Discover its Stories

Self Guided plus+ Cycling

Want more Wilderness in your life?

Sign up for our newsletter and be the first to hear about trip news, blogs and offers.