Travel From the UK & Europe 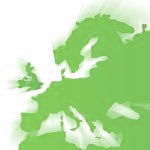 Most major European airlines operate in and out of Ireland, although the majority of flights are operated by our two indigenous airlines Aer Lingus  and Ryanair.

Tailor made trips usually start at either Dublin or Shannon airports where your guide will pick you up. Small group tours start from a railway station in the area where the trip is taking place. Such railway stations are accessible via train (usually from Dublin) and bus (from all major cities and towns).

Though a small country, we have several airports in Ireland – many of which are small and regional. Air travel routes change frequently with new lines continually opening up. Some routes are seasonal, while others are year-round. We recommend you check the airports/airlines websites for updated information before booking, particularly if you’re hoping to travel to a regional airport.

Dublin Airport is on the east coast, just outside the capital city. It is Ireland’s largest airport with regular flights from most UK and European cities, many served by multiple airlines. It is very accessible by public transport with regular buses to and from Dublin city centre available just outside the terminal building. There are also regular bus links to other towns and cities throughout Ireland. See our Travel In Ireland page for further details.

Shannon Airport is the main international airport on the west coast, between Galway and Limerick and is a good access point for the west and southwest. There are regular buses available too and from the airport to both cities and to Dublin. See our Travel In Ireland page for further details.

Knock (Ireland West Airport) is a small airport with regular flights to/from a several UK destinations. There are also flights from European destinations in Spain, Portugal, Germany and Italy. Knock is a good access point for the west and northwest. It is served irregularly by buses on the Galway to Sligo route.

Cork Airport, on the south coast, has regular flights from several UK and European destinations and is a short taxi or bus journey to Cork City where there are regular train and bus services to Dublin. There are also direct buses from Cork Airport to other towns and cities in Ireland. It is a central access point for the south and south west. See our Travel In Ireland page for further details.

Belfast International Airport is outside Belfast with flights from many European locations and other UK airports. There are frequent buses too and from Belfast City where there are readily available rail and bus links to other parts of Ireland. There are also direct buses to other Northern Ireland towns and cities available from the airport.

City of Derry Airport is small airport just outside of Derry/Londonderry. It has services to UK destinations: London (Stansted), Edinburgh, Glasgow, Manchester and Liverpool. It is very close to Derry (part of Northern Ireland) as well as Co Donegal (which is part of the Republic of Ireland) and is an entry point to North and the Northwest from the UK.

Kerry Airport is also a small airport, located on the Iveragh Peninsula. Destinations include Dublin, London (Stansted & Luton) as well as destinations in Portugal and Germany.

Alternatively, there are many airlines offering flights to London from Europe. Once in London, there are a number of options for travel to Ireland.

Travel to Ireland by Sea

Being an island, Ireland is also served by several ferry services. Our main port is Dublin Port, but there are also other ports with connections to the UK, France, Spain and more, with new lines and routes opening all the time. Other ports include: Belfast Harbour (Northern Ireland), Larne Harbour (Northern Ireland), Rosslare Harbour (Co Wexford – Southeast Coast), and Cork Harbour (Southwest Coast). Your departure destination will most likely dictate which harbour is available.

Why travel by sea? Arriving in Ireland by boat might be especially advantageous to cyclists from Europe joining our group bike trips who are bringing their own bikes. This way, no bike boxes or shipping will be needed. Self drive travellers from Europe might prefer to travel by ferry in order to bring their own car to avoid car rental in Ireland.

Our holidays reviewed
in your own words

Lifetime memories for our family!

Six expert travel companies. One place for all your adventures.

The ultimate collection of European cycling holidays. BSpoke's cycling experts can tailor-make your perfect cycling holiday where you can travel at your own pace or in a group of like-minded individuals. A BSpoke Tour is all about being as restful or as adventurous as you desire.

Britain's original ski travel agency and tailor-made ski tour operator, Ski Solutions has been arranging ski holidays for over 30 years across Europe and North America. The Ski Solutions team are all skiing experts, and their wealth of knowledge and passion for the mountains will ensure you experience a truly memorable ski holiday.

Wilderness England creates incredible journeys to the wild and magical outdoor spaces across Yorkshire, the Lake District, Northumberland, the Cotswolds and the Peak District. Providing inspiring active experiences, immerse yourself in the unique landscapes, history, culture and wildlife on a Wilderness England adventure.